We knew going into the first round of Grayscale’s “Drop Gold” campaign that the message would be a controversial one. The animosity between future-facing, digital currency investors and more conventional gold investors was a powder keg waiting to go off. The traditional investment market has deeply rooted ideas of gold’s irrevocable placement in a solid portfolio, and to say that those ideas and notions are outdated would be to place a lot of investors in check while opening up the eyes of others to gold’s inherent weaknesses in today’s marketplace. The stage was set, we simply needed to light a match and see what happened… Gold is over. Digital currencies are the future. Drop gold. And that brings us to where we are today.

Our campaign went off with a bang bigger than we could have imagined, and in doing so, we would needed to set the bar high for ourselves with Drop Gold 2.0.

Round two of the “Drop Gold” campaign was going to have to up the ante from round one, which saw the price of the Grayscale Bitcoin Trust (GBTC) skyrocket from $6.75 a share to almost $12 a share after the launch of our “Drop Gold” campaign. That staggering growth put Grayscale’s CEO in a spotlight feature in the WSJ and placed the fund as the top performing fund to that date in 2019. With that, there were over 123 million impressions online and countless airings on TV. People were talking.

We weren’t expecting to make the same splash with Drop Gold 2.0 as we did with 1.0. There’s only one beginning. The debate was raging thanks to Drop Gold 1.0, and even though we own that, the challenge would be to build Grayscale’s brand to an even higher stature than 1.0 while still nailing home the fundamental messaging of “drop gold”. We would do that by portraying Grayscale as the beacon of progressive wealth management, the brash voice fighting the good fight for a brighter financial future, and the go-to partner for institutional investing that is in need of change.

Ultimately, Drop Gold 1.0 was about awareness and setting up the argument for digital currencies. Drop Gold 2.0 is about inspiring people by way of a clear, financial vision. That vision was embodied in the creative that became the “Nice Rock” campaign, aka Drop Gold 2.0. “Nice Rock” leaves the impression of excellence while still capitalizing on cinematic, absurdist humor to keep the audience engaged. When it comes down to it, gold is something that people say has value. Grayscale knows it’s the same with digital currencies, the difference is one embraces a sustainable, efficient and utilitarian future, while the other is simply – a rock.

With Brennan Stasiewicz again acting as Creative Director, Writer, and ultimately, directing the film for Honor Society, he used his 1.0 creative as a roadmap to leverage an even stronger campaign for “Nice Rock”. His efficient, client-focused workflow allowed a cohesive voice to permeate the creative, which then projected forward into Production and Post-Production.

Working hand-in-hand with the client to ensure their voice was heard during the concepting, Production and Post-Production, these things were key to delivering a powerful campaign for Drop Gold 2.0:

After delivering a dynamic portfolio of concepts, Brennan and Grayscale finally landed on what would become known as “Nice Rock”, digging that nail even deeper into the ‘gold bugs’ backs.

Gold is a thing of the past. Grayscale is the true leader of the digital currency movement and a powerhouse for investors less concerned with convention and more concerned with where the market is heading to increase their wealth.

Since Brennan concepted and wrote the creative, Honor Society was able to enter production without any hesitation. In fact, in many ways, we had already started. Being a part of the creative process from concepting on actually meant that the ideas were presented to the client with a strong understanding of the logistics and costs that would go into executing them.

Given the need of a mine, a dramatic exterior, the right season and an affordable production market, we decided to shoot in the Czech Republic. It was the perfect choice. We had Brennan, the creative, on to direct, which meant he had a full grasp of what Grayscale needed from “Nice Rock”, and Grayscale had a strong grasp of what he was creating for it. We were all aligned and ready to go as soon as the greenlight was given.

We knew “Nice Rock” was a clean, streamlined and attainable story and we wanted to produce it to its fullest, cinematic potential. Every element we arranged and every partner we hired in the production process was carefully chosen to ensure this film looked polished and epic. We moved forward with a thrift-minded budget, but our level of preparation meant that we were ready to shoot this film to become something world-class.

As with Drop Gold 1.0, one of the best parts of the “Nice Rock” production was the creative dynamic between Honor Society and the Grayscale clients. This campaign was a living and breathing thing for all of us. Brennan actually wrote an entire monologue two days before shooting that became the core of the long-form cut delivered to Grayscale. Grayscale and Brennan had a complete shorthand and logic down for everything he was doing on set and in the frame, which made adjusting and adding further nuance to the script a seamless, instantaneous aspect of the production. 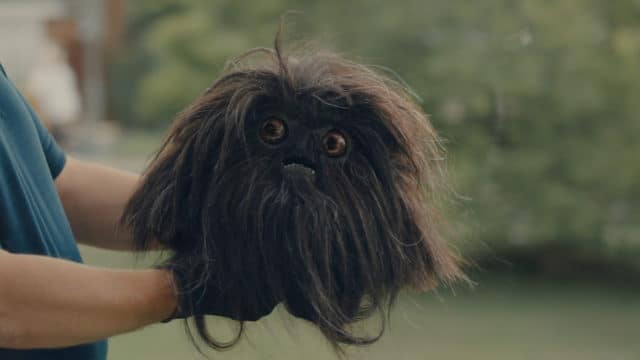 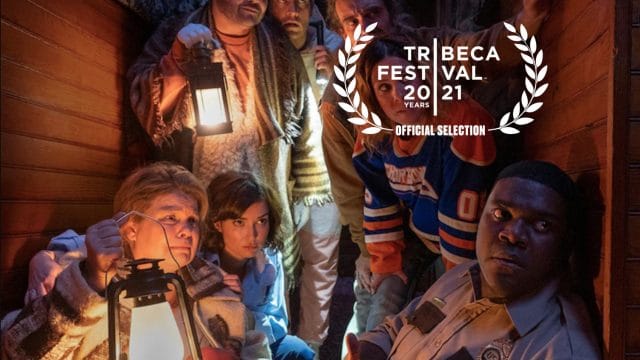 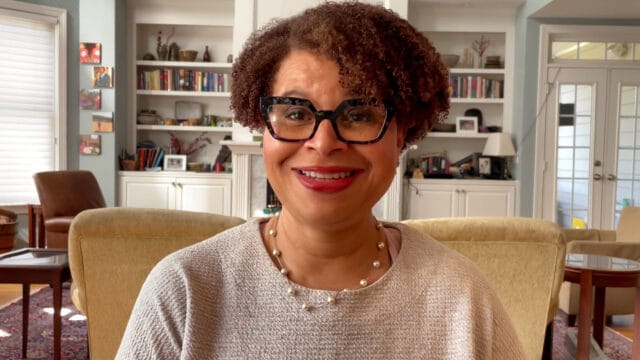